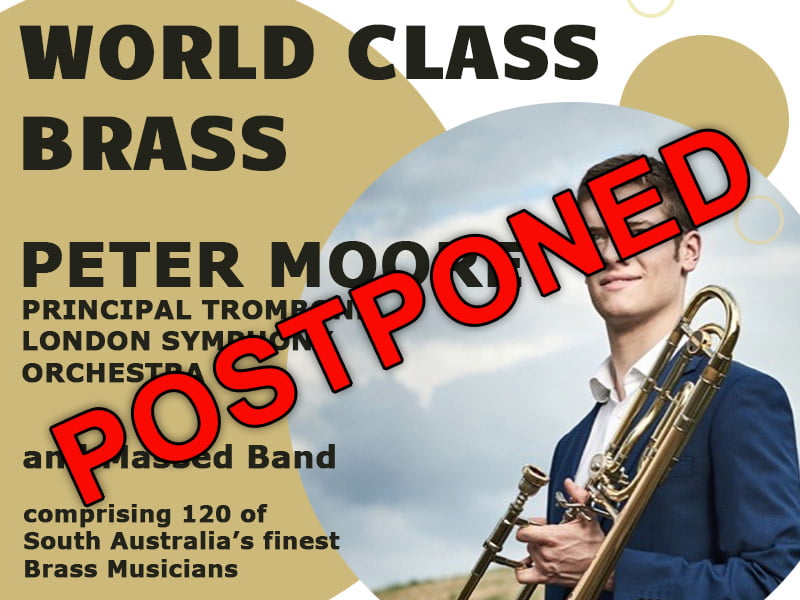 Peter Moore, the great young trombonist and friend to SA, was being brought to Australia by a music performance group in Melbourne and Yamaha. After giving recitals there he was coming to spend time with us and feature at our World Class Brass Concert. The Melbourne people have told Peter they are cancelling his visit because of the virus situation.
Peter, and we, are hugely disappointed that he is unable now to be with us later this month. However, we are only postponing the SABA World Class Brass concert. We hope to stage this, or a similar concert with Peter, later in the year as and when the virus emergency is over.
Thank you to all those bands and bands-people who were keen to make the concert a great event and have been rehearsing for the massed band performance at the concert. Thank you to all those who have been arranging the event and particularly all those who have been publicising it for us.
We look forward to you joining us at a Concert with Peter at some point later.

Note: Ticket refunds can be arranged by contacting David Corkindale, the Secretary of SA Band Association by email at secretary@sabandassociation.org 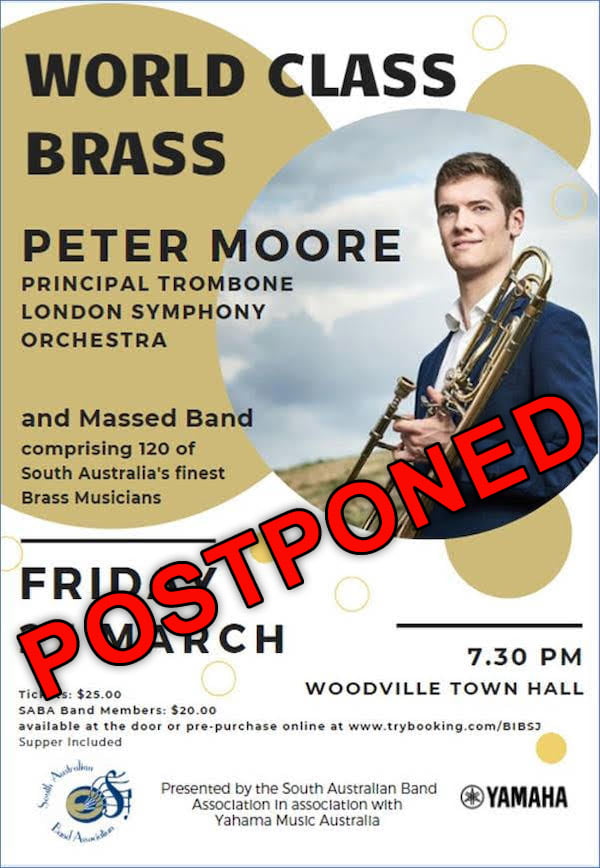 Peter came to national attention in 2008 at the age of twelve when he became the youngest ever winner of the BBC Young Musician. He is the Principal Trombone of the London Symphony Orchestra and, having been a member of the LSO since 2014, will take a sabbatical in 2019/20 to focus on new projects.

Peter is well known to us in SA having visited in 2014 performing with SA’s Brass FX and James Morrison on their CD.

To add to this occasion, a specially assembled Massed Band featuring over 120 of SA’s leading brass band musicians will play some exciting arrangements which will be followed by Peter’s dazzling performances from his trombone repertoire. This will be an event not to be missed.

Tickets:
General Public $25.00;
SABA Band members: $20.00 (discount code will be available from SABA Band Secretaries)
Tickets available at the door or can be pre-purchased online at http://www.trybooking.com/BIBSJ
Presented by the SA Band Association in association with Yamaha Music Australia. Woodville Town Hall