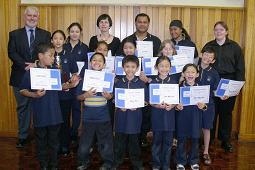 With the re-birth of Campbelltown City Band, the establishment of a learners’ band was a first priority.

This has been so successful in engaging the youngsters that many persuaded their parents to join up and learn too. What a turn around!

In 2007 Sarah Butler was appointed MD of Torrens Brass. She had previously had great success with the learners group from Hahndorf Town Band and Campbelltown were thrilled to gain her services.

In 2008 Al Kidney took over this band when Sarah moved on and under his careful encouragement the players’ skills continued to expand.

This group is currently in recess.