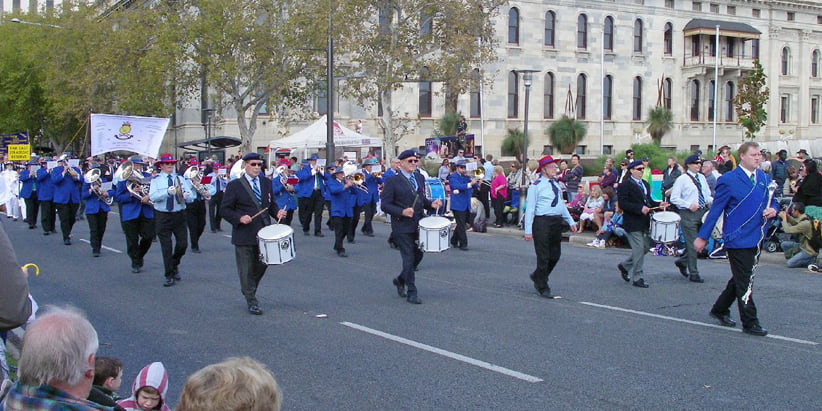 Campbelltown City Band took part in the 2010 Anzac Day march with help from The Drum Corps and Para Hills Brass Band. A total of 30 players marched and provided a good solid sound.

The two weeks of marching practice paid off and we all managed to keep our rows straight and start and stop together. Drum Major Peter did a great job and we all followed like a well trained brigade behind him.

It must be true that the more marching one does the easier it becomes. The author, BB, playing a B Tuba did not suffer any of his usual aches and pains after the march, most likely because he had suffered all those after the first practice march.

Now to see how this theory holds up as the band prepares for the Hahndorf Band Festival and street march in May.