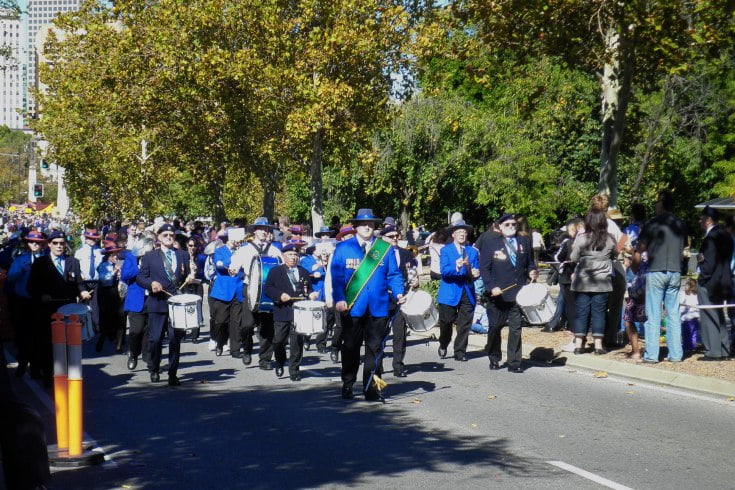 After the pressures and effort needed for the National Band Championships no one could sit down and take it easy as Anzac Day followed on the Easter Monday.

Campbelltown City Band had a good turn out for the Dawn Service at the Payneham Garden of Remembrance where a large crowd was in attendance. Early rising must have been becoming a habit for band members! I sometimes wish dawn services were at a more convenient time!

The music was conducted by our Deputy Musical Director, Chris Brockhouse. 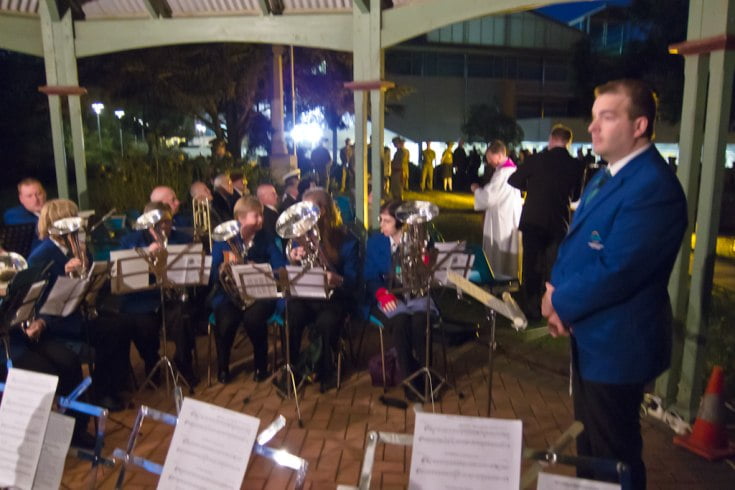 At the conclusion of the service the band was invited back to the RSL for a cooked breakfast before hurrying back to the bandroom to catch the bus into the city for the Anzac Parade.

A large composite band had been assembled with players from Campbelltown and Para Hills Brass Bands, Payneham Concert Band and members of the 10/27 Association Drum Corps joining forces.

This group of around 35 marchers was the largest under the Campbelltown banner for many decades and it was a real thrill to be able to take part. We played Slaidburn, Heart of Oak, and Life on an Ocean Wave. No chance of getting bored with that lot of music. 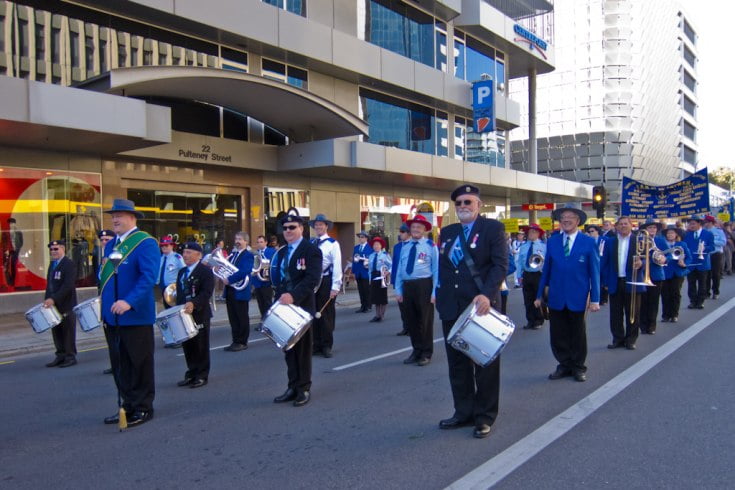 This large group was lead by the Drum Major, Peter Dunlop.