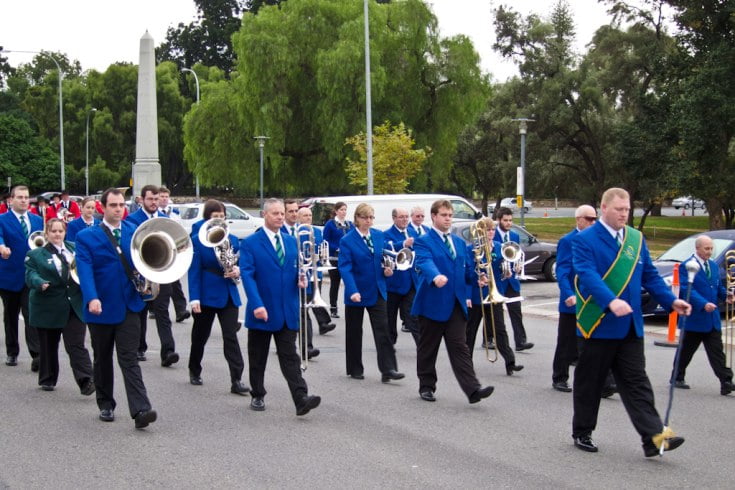 Campbelltown City Band competed in the 2011 National Band Championships over the Easter weekend in 2011. A compulsory street march was a big part of the competition and while Campbelltown received the highest score in the D-Grade section for it’s music on the march it came in 4th overall in the street march. We played the march Slaidburn by William Rimmer.

Congratulations to everyone in the band who took part in this street march. It certainly attracted a lot of attention from the large crowd of onlookers lining the streets even at 8:20 in the morning.