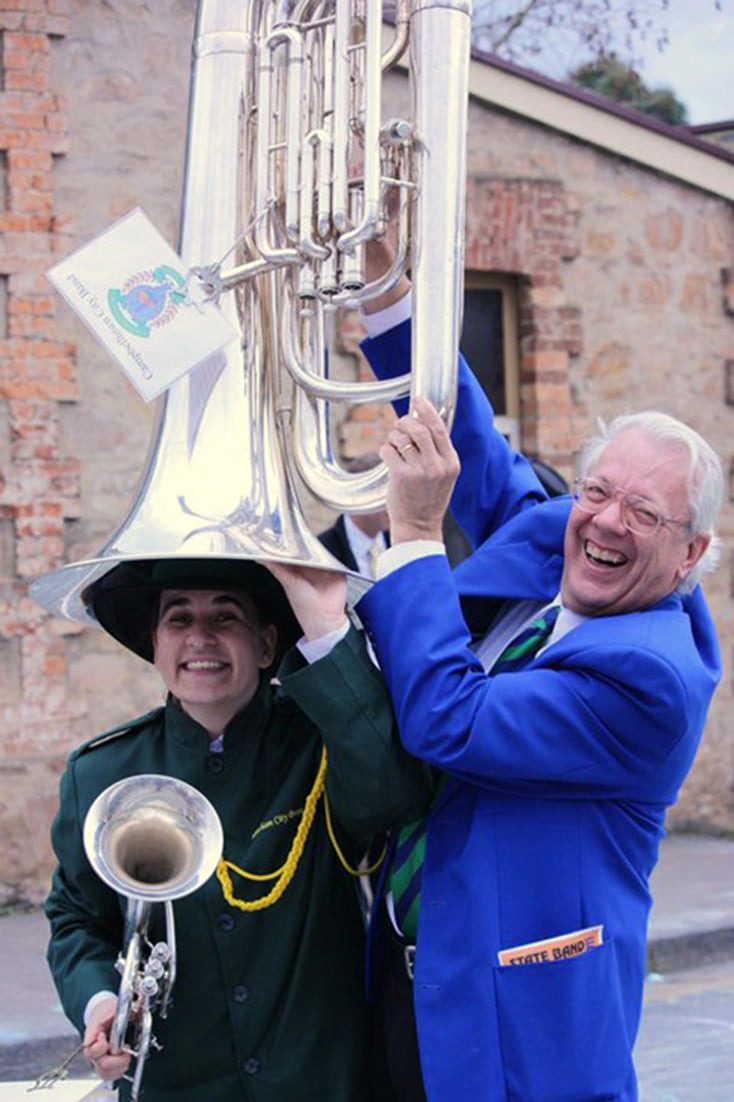 As soon as the Annual Concert was over the band got stuck into the Hymn (Deep Harmony), Own Choice Test Piece (Glasshouse Sketches), and Stage March (The Viking) for the State Band Championships. Although the selected music was great it did challenge most of our players and quite a few were not able to commit fully to yet another contest and the rehearsal pressures this entailed. However the remainder did punish ourselves under the relentless scrutiny of Brent Parry as MD while Al was taking a University course on Wednesdays but of course we were robbed on the day. (I gather it’s traditional to say that!)

Campbelltown did manage to win the Stage March section of the D-Grade competition so that was a nice touch. Congratulations to Marion’s Warriparinga Brass for taking out the trophy.

Having the contest at Hahndorf was a good idea and the organising committee did a great job in making the day most enjoyable. We were in no hurry to get home but stayed on to listen to other bands and to take part in the massed bands playing of the march Invercargill at the end. Good fun indeed.

Street March under the direction of Drum Major, Peter Dunlop.