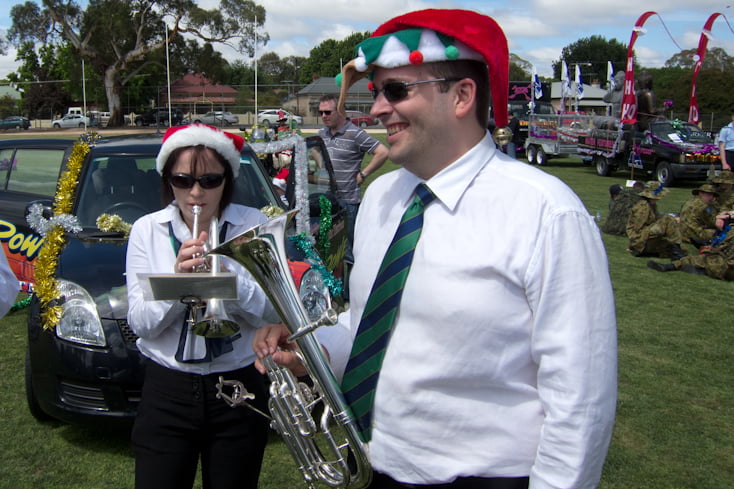 Campbelltown City Band participated in the 2011 Christmas Pageant at Mt Barker. This is a major event for the whole Hills community which turned out in great strength.

The weather was just perfect at around 22°C and was so different from the previous week’s pageant at Norwood. But it is a lot of hard work, particularly for those carrying heavy instruments or percussion. I’m certainly starting to feel my age.

While the route had been changed from previous years to soften the uphill march, Mt Barker is after all on a hill, or hills so a flat march is out of the question. The various roundabouts along the route also posed problems for the large trucks and stretched vehicles. But they also caused a little fun for the band as we decided on the spur of the moment to split so some went to the right while others went to the left. I don’t know what it did to the musical integrity of the band but it did cause a laugh from the large audience. And fun and laughter and applause is a good sign.

The band did enjoy the pageant and felt the long wait around before the start was worth it in the end.