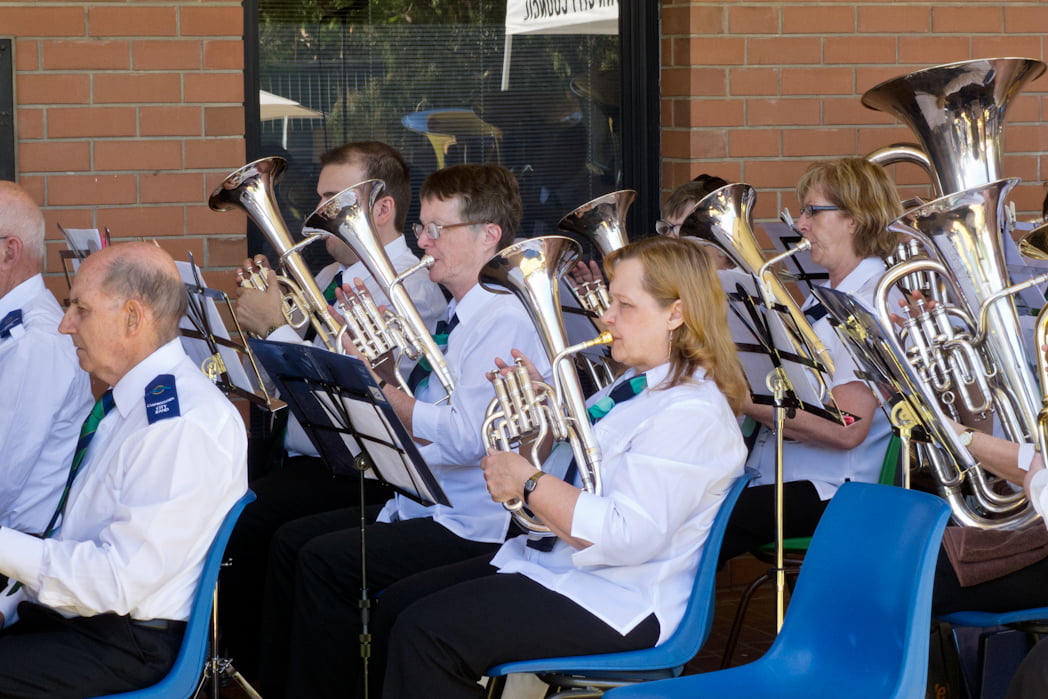 It was great to be able to provide a strong accompaniment to the vocalist who led the singing of the National Anthem and the raising of the flag. The band also provided some entertaining music prior to the official ceremony and at the conclusion.

Those who read last year’s comments would remember that Al conducted the band with a BBQ sausage at one stage but this year the Australian flag (made in Australia I believe!) made an appropriate baton. What will it be next year?