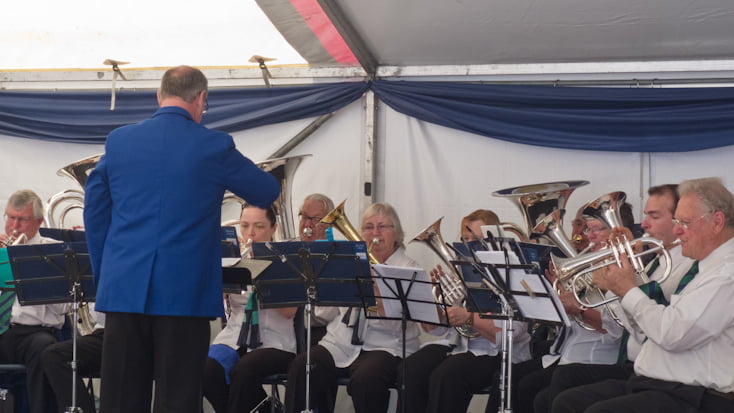 Campbelltown City Band took part in the 50th birthday celebrations of Stradbroke Primary School on Saturday 26th October. While we were saddened by the illness of our regular MD, Brent Parry we were delighted to be led by the experienced conductor and euphonium player, Henry May. The audience appeared to enjoy our toe-tapping music and we certainly enjoyed playing out in the community.

Some of the music played included: Home Amongst The Gum Trees (A most appropriate choice given this school’s location and logo), Mickey Mouse March, Teddy Bears’ Picnic, Gundagai and Aces High March.

The weather was most kind to the organisers of this huge event which must have involved all of the children, staff and a large contingent of parents. When the band arrived a class group was singing in a most animated fashion, followed by a small group playing acoustic guitars. Hundreds of people were milling around enjoying fun, food and music. A large birthday cake was then cut and distributed while the band played Happy Birthday followed by the rest of their music. There was just soooo much excited noise from the whole area and it was wonderful to be involved. (We did our bit to add to the noise level too)