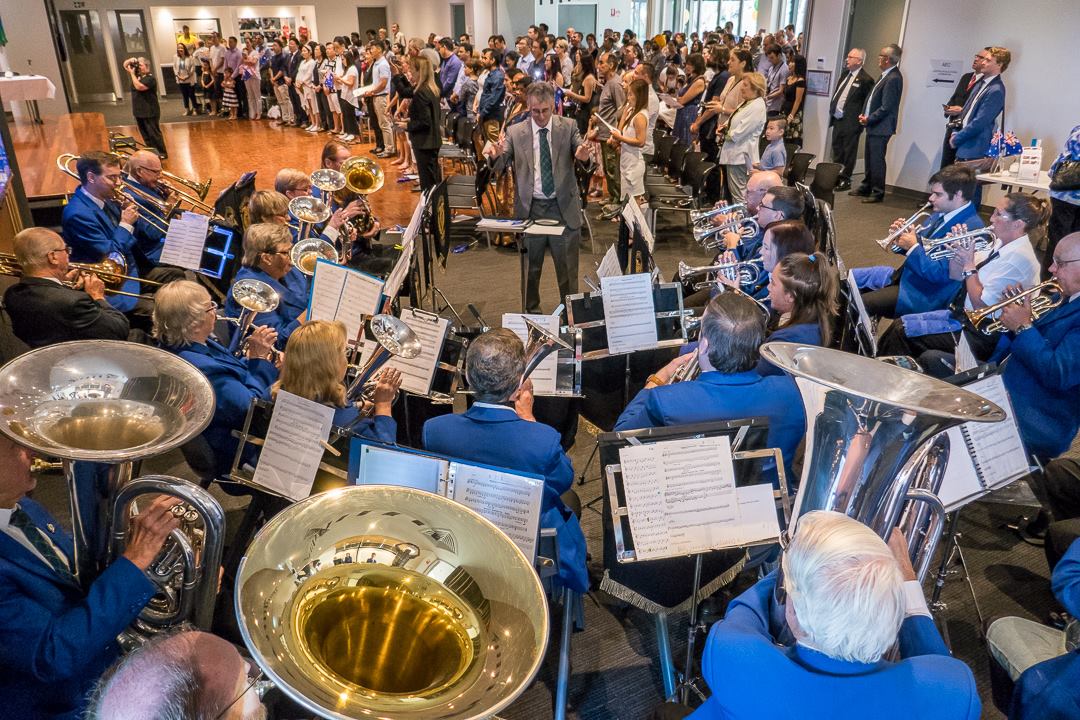 Campbelltown City Band had a double stint this morning: participation in the Citizenship Ceremony, then playing for the crowd as they enjoyed morning tea.

The band then had a short break to catch a scone or pavlova or two and then back for the Campbelltown Citizen Awards.

As the 95 year old Australia Day Ambassador said “We’ll finish the morning by singing ‘She’ll be Coming round the Mountain'”. No, the band doesn’t know that off by heart! But Ron took the lead on Flugel while others in the band spontaneously brought in the bass and harmonies. The rest of use could only marvel at such skill.

Some of us then adjourned to the local Rez Hotel for a scrumptious lunch. This was MD Mike Ward’s final occasion with us and we will all miss him and Lois a lot.

Thanks to Kevin Holloway for taking the group photos.