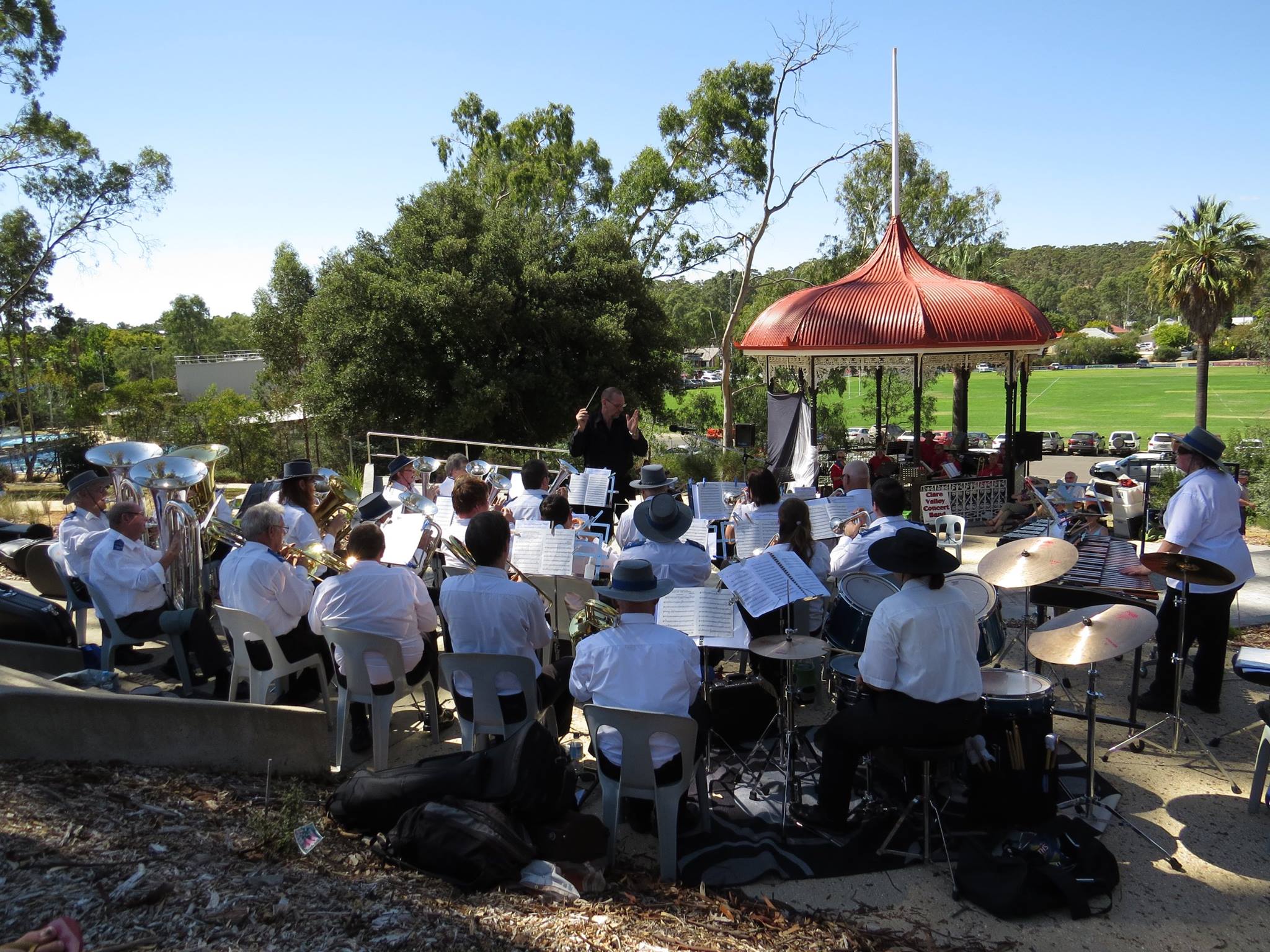 After much anticipation, the combined concert with our friends at the Clare Valley Concert Band was upon us.  Most drove up to the venue in Clare – the Bain Rotunda – but for some lucky few a short flight was available thanks to our ‘pilot in residence’, Alex!

The Clare Valley Concert Band put on a wonderful show for the audience, with some popular tunes and a great vocalist.  This was followed by the Campbelltown City Band with quite a few crowd favourites.  Due to the extreme heat what was a meant to be a pleasant Sunday afternoon concert became a battle for survival for us and our instruments. It was HOT; 37C to be exact which unfortunately caused some instrument issues. Fortunately the audience had shade to enjoy the music however, and we certainly enjoyed playing to them and catching up with friends and family.

Thanks to the Clare Valley Concert Band for hosting us at their lovingly restored Rotunda!

Most photos courtesy of Simon Brewer who came for a drive to listen to us – thank you Simon, it’s such a pleasure to have great support from yourself and the council!