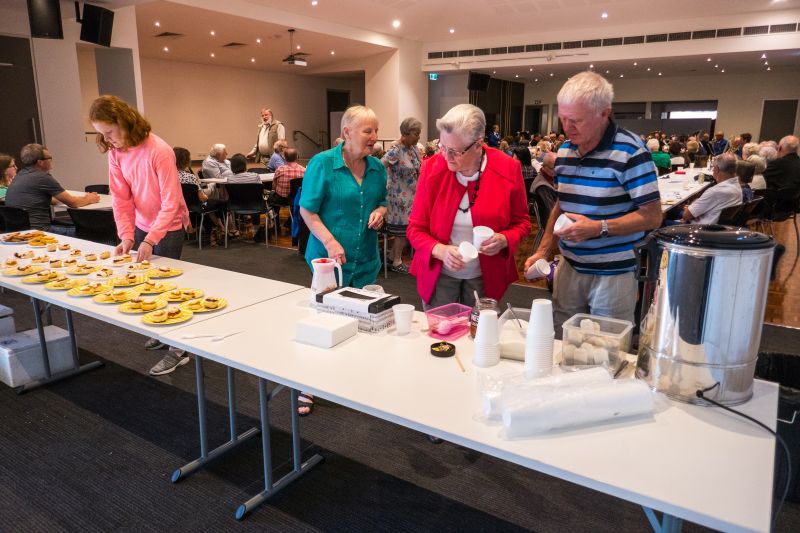 By Campbelltown City BandMay 6, 2018No Comments

We are always excited to perform for our local community and so when Campbelltown City Council proposed a series of free community concerts we jumped at the chance.

Our inaugural concert in this series was on Sunday afternoon the 29th of April, simply entitled ‘Autumn’.

Kicking off the afternoon with a rousing Sousa march ‘The Thunderer‘, we moved onto various other pieces all tied back to the Autumn theme, including ‘All in the April Evening‘, ‘Colours of the Wind‘ and ‘Thunder and Lightning Polka‘.

During the concert, guests were encouraged to grab a coffee or tea and a freshly baked scone with jam and cream – I tell you what though, it’s hard playing after a scone or three…maybe next time we’ll hope there’s some left over after the concert!

Wrapping up a successful concert with the crowd favourite ‘Thriller‘ was just icing on the cake.

A special thanks to the Campbelltown City Council who provided us the opportunity to perform these concerts.