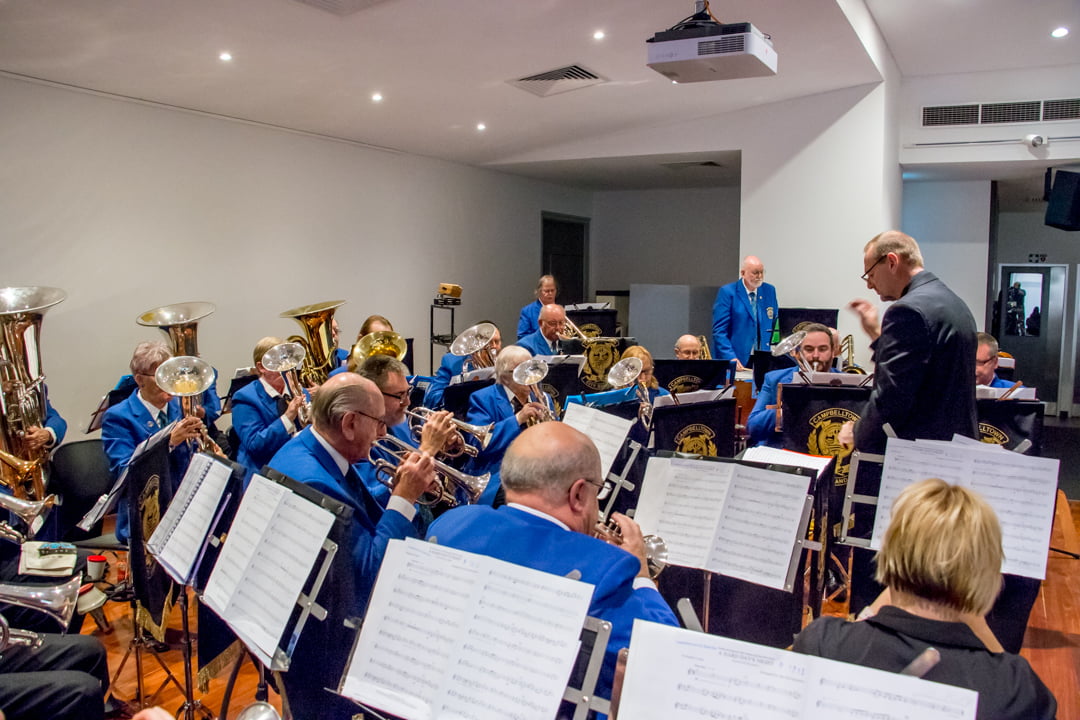 Our second free community concert entitled ‘Mostly Pop!’ kicked off with Elton John’s famous Crocodile Rock.  Looking out into the audience we counted around 130 people listening and tapping their feet – another amazing turn out.

The ABBA Goes Brass medley was next in line – another crowd favourite with songs including Mamma Mia, The Winner Takes It All, Super Trouper and Take A Chance On Me.  We then moved on to Through the Eyes of Love which was the theme from the 1978 movie Ice Castles.  After this beautiful love song, we played Queen’s Crazy Little Thing Called Love, followed by Wind Beneath My Wings – made popular by Bette Midler in the 1988 movie Beaches – with the solo played by our Flugel player extraordinaire Adam Little.

Robbie Williams’ best selling single Angels was our next piece and then a medley piece called Light As Air – a combination of A White Shade of Pale and Air on a G String.

Pushing the tempo was When the Rain Begins to Fall, recorded by Jermaine Jackson and Pia Zadora in 1984.  Everyone of course knew the songs in our next medley by the King – A Salute to Elvis which got everyone tapping their feet yet again!

In contrast to Elvis, David Bowie’s Life on Mars was a beautiful penultimate piece to lull the audience into a false sense of relaxation before A Hard Day’s Night came out as our encore to end the afternoon.

A huge thank you again to our friends at the Campbelltown City Council for your ongoing support. Also thanks to Simon Brewer for some of the photos – much appreciated!