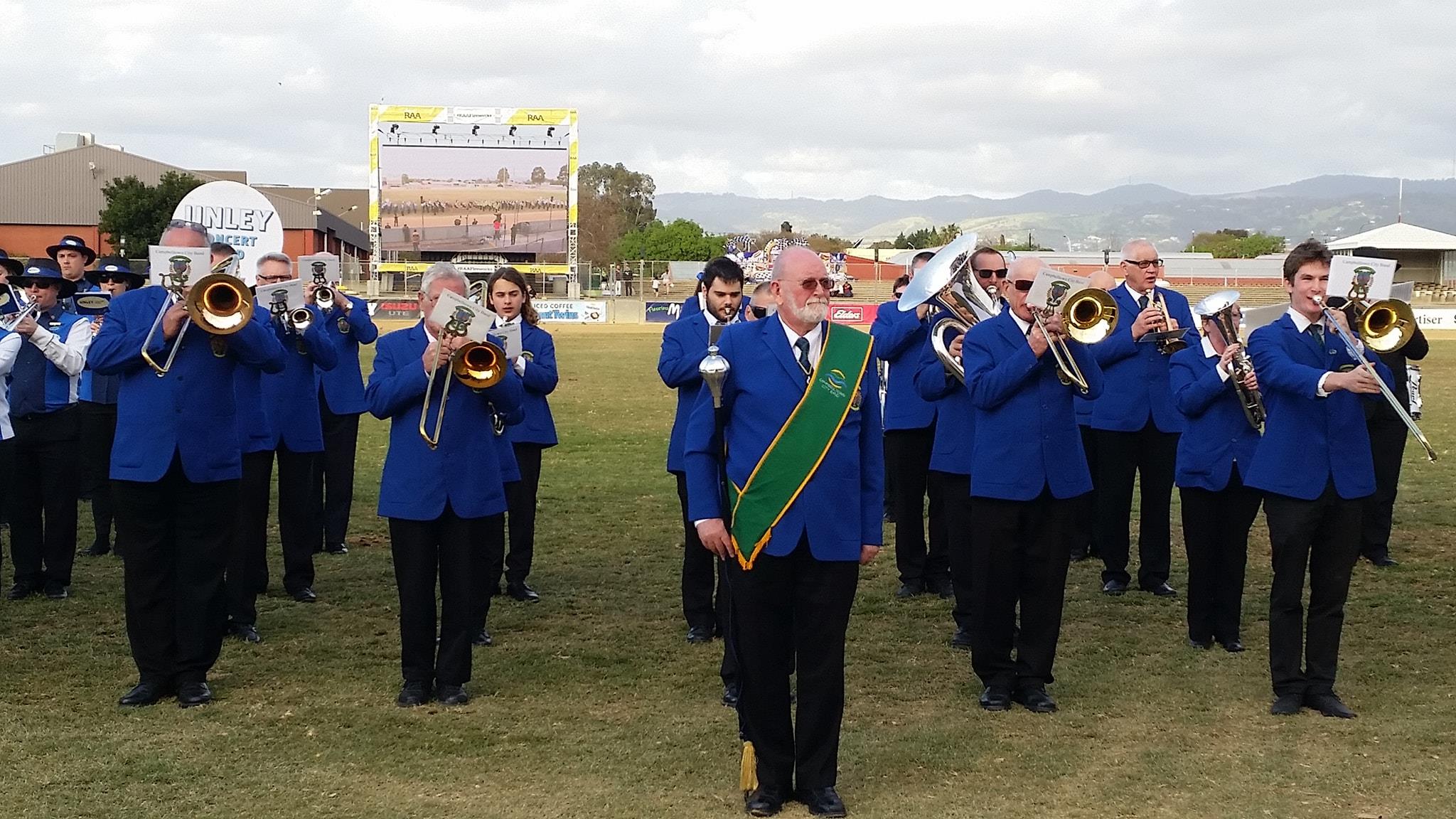 This year’s state band championship marching event was held on the main arena at the Wayville Showgrounds on the last day of the Royal Adelaide Show.

Each band attending had to march a quarter of the way around the oval, then do an entertaining 180 degree turn, coming to a halt in front of the adjudicator.

Once the competition was over, a massed band containing over 140 players was conducted by the South Australian Band Association president Mr Bruce Raymond, playing an arrangement of Sweet Caroline.