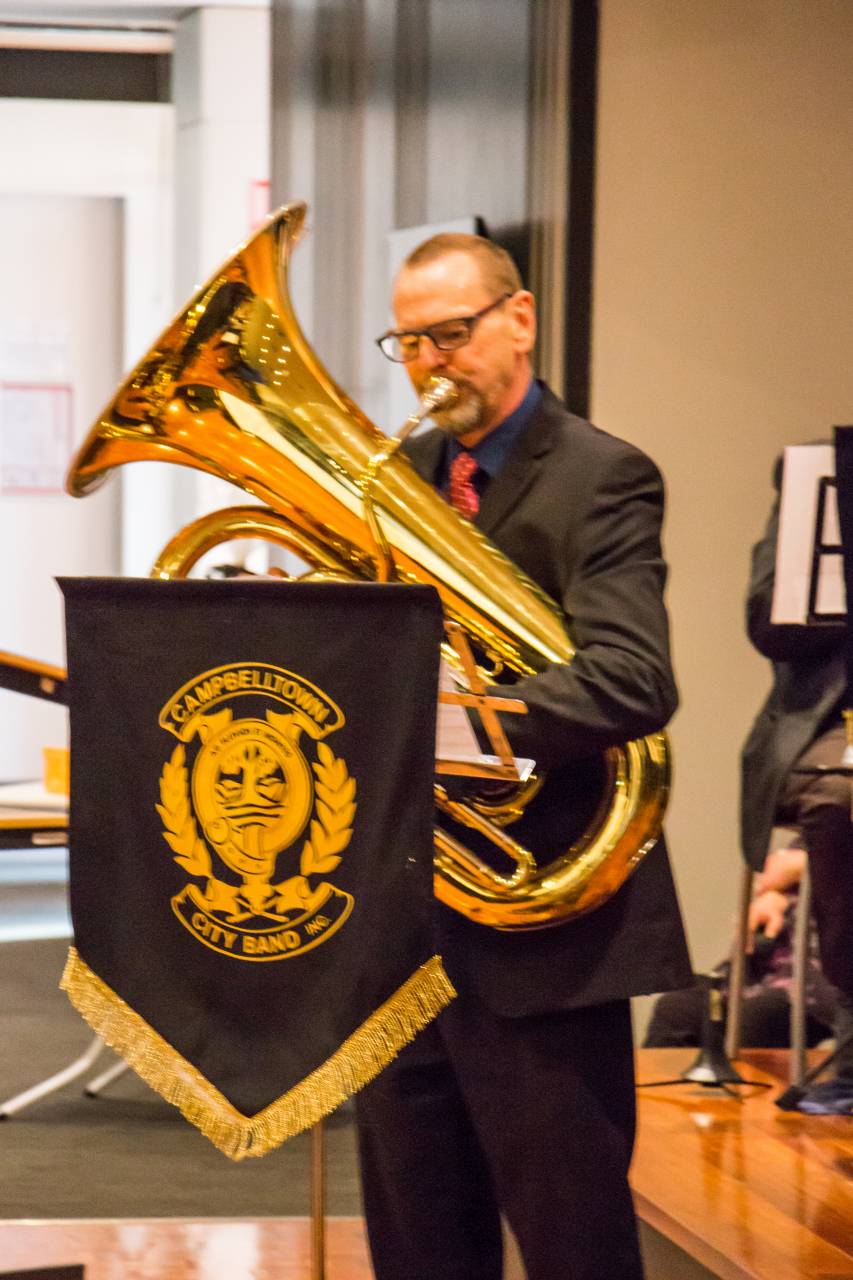 As Philip Glass, an avant-garde classical composer who has also written music for cinema, pointed out, film today is what opera was formerly – the popular art form of our time. Back in the eighteenth century you wouldn’t have heard many people strolling round London singing arias from Handel operas because only the rich could afford tickets, but a quick check of Wikipedia brings up 67 pages of modern composers who have written for film.

Our recent Screen Sounds community concert only featured fourteen of them, but that was enough to sample the variety on offer. Longer pieces included selections of popular melodies from Raiders of the Lost Ark, Les Misérables, Ratatouille and Fiddler on the Roof. Other items show-cased soloists from the band – Julie Dorey in Stars (yes, she does play beautifully, but it’s a cornet NOT a trumpet), our guest trombone section (76 (minus 73) Trombones and Pink Panther) and Where’s Wally (aka MD Peter Smith), on Eb tuba this time, in Friend Like Me.

Jag, Smile, The Entertainer, Air Force One, and Baby It’s Cold Outside completed our selection of music.

OK – nothing like 67 pages of composers – but our up-coming concert with Mitcham Band on June 27th at Scotch College Chapel Torrens Park will add a few more to the mix. Hope to see you there!

As usual, thanks to Sue Smith, our wonderful compere, to the ladies who organised the raffle and afternoon tea and to Stephen Millar, Andrew Parkinson, Peter Doherty and Paul Murray for filling in the gaps left by absent players. Thanks also to Campbelltown Council, the sponsors of these free community events.