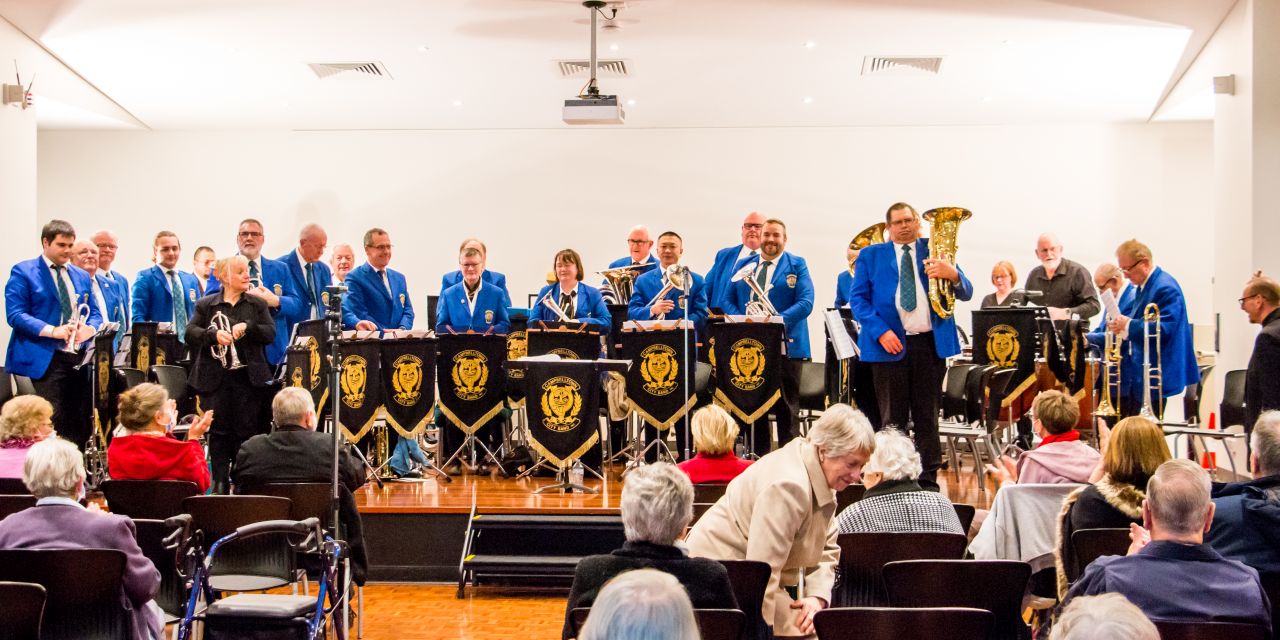 Battles with Orcs, death-defying chariot rides, time travel, lion and wolf wrangling, waterfall surfing on a crucifix, exile in Ancient Egypt and disappearing down rabbit holes – our Spirit of Adventure concert had it all.

Perhaps the most intrepid adventurer was MD Peter Smith. We are used to seeing him filling in on just about every instrument in the band when the need arises but attempting to replace his flu-stricken wife Sue as compere required a whole new skill set. He even introduced an element of stand-up comedy when he confused the vowels in Sandra Bullock’s name.

The whole concert was a testimony to the band’s spirit of adventure. At times it felt as though Mission Impossible would have been a better title rather than just one of the programme numbers. Attendance at rehearsals was patchy thanks to all the bugs floating round the community and we were never sure how many players would have succumbed on the day – or indeed how many people would turn up to listen. Fortunately, our loyal and enthusiastic audience (including Mayor Jill) proved to be as adventurous as the band and fought off the Covid and Flu dragons. As Peter said, playing music is always fun but playing for others lifts the experience to a whole new level. 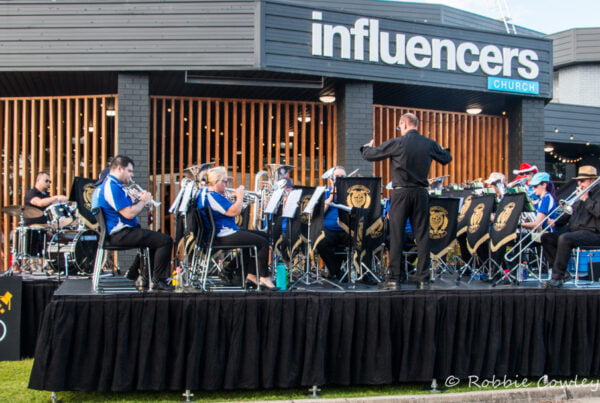 Campbelltown Carols in Thorndon Park, pre-service entertainment for Newton Influencers’ Church, a joint concert with the Salvation Army at Paradise Primary School and Christmas Eve ensembles at All Souls’ Anglican and Balhannah Uniting Churches. What a contrast to the last three years of cancellations and…
Campbelltown City BandJanuary 28, 2023

If anyone had doubts about the vibrancy of Adelaide’s music scene a visit to this year’s Mitcham Band Festival would have quickly dispelled them. Brass bands, concert bands, army and navy bands, bands for young and old, professionals and relative beginners – the variety on…
Campbelltown City BandOctober 19, 2022
Share Tweet Share Pin