Campbelltown City Band recently held another successful annual concert, this year with an Autumn theme. (Because it was held in Autumn…) With a full complement of players plus a couple of great helpers we entertained our audience with some good music in a cabaret style event.

A beautifully played Tenor Horn solo “The Lark in the Clear Air” by Chris Brockhouse was highlight attracting much applause.  Another fine solo performance by Sam Gallery on Flugel in “Colours of the Wind” was much appreciated by the enthusiastic audience. “Pirates of the Caribbean” was one of the most popular items. 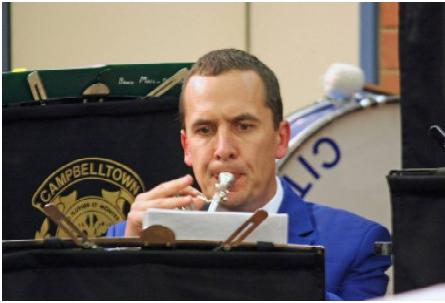 The MC was Winston Kay who also delighted the audience with his powerful singing of popular songs of a bygone era.

This was a great night, a well organised concert showcasing some of the talents in the Campbelltown City Band.