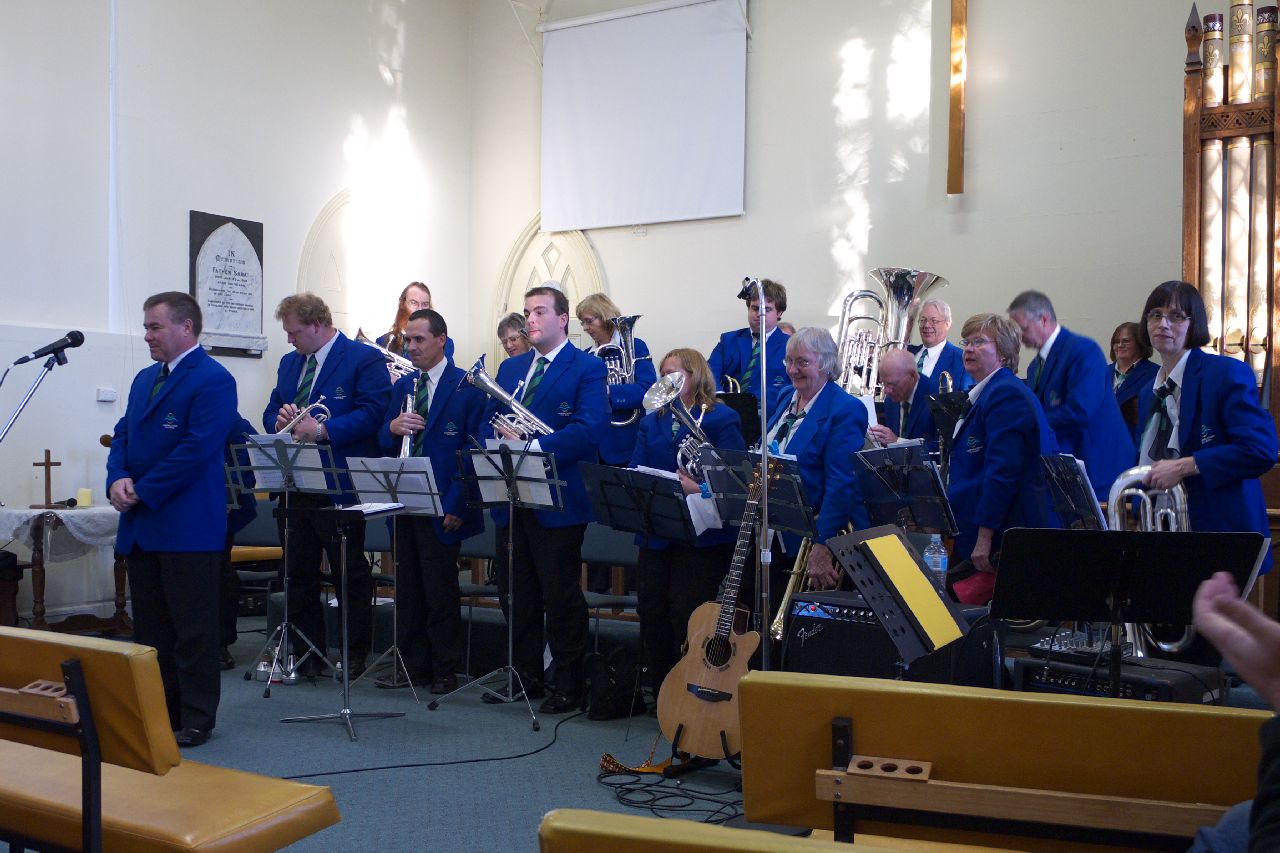 Campbelltown City Band ventured down south again to Willunga Uniting Church on Sunday 27th June to present a concert for the community. It was rather reminiscent of the “Pleasant Sunday Afternoon” concerts of decades ago before TV and MP3 players etc. and indeed was advertised as just that. It really was a pleasant Sunday afternoon with nice warm sunshine, nice warm church building and a nice warm welcome from the church community and a very appreciative audience.

It was almost a “sell out” concert and featured several community items as well as the band. The band played many of their Rock-and-Roll items from their successful “Rockin’ Brass” concert in Campbelltown just two weeks previously. Music like “Buddy” and “Salute to Elvis” was matched perfectly by the local choir “Sisters of Abundance” who entertained with items such as “Boogie Woogie Bugle Boy” and “Lolly Pop, Lolly Pop”, both crowd pleasers.

After a delicious afternoon tea the second half of the concert featured their newly appointed minister, Rev Nicholas Randall on vocals and guitar along with a friend on tenor sax with some great jazz music. He must have been good because I did detect members of the band singing along with him in the many well known and popular refrains. (They can’t deny it as I have witnesses!).

More local talent was featured with a local singer accompanied on guitar singing some modern inspirational Christian songs. The band concluded with a hymn and a march. What could be better than that and to have the audience pleading for more…..wow?

The church hospitality continued with hot home-made soup and fresh crusty bread, with cheesecake and sweets to sustain us all for our “long” homeward journey.