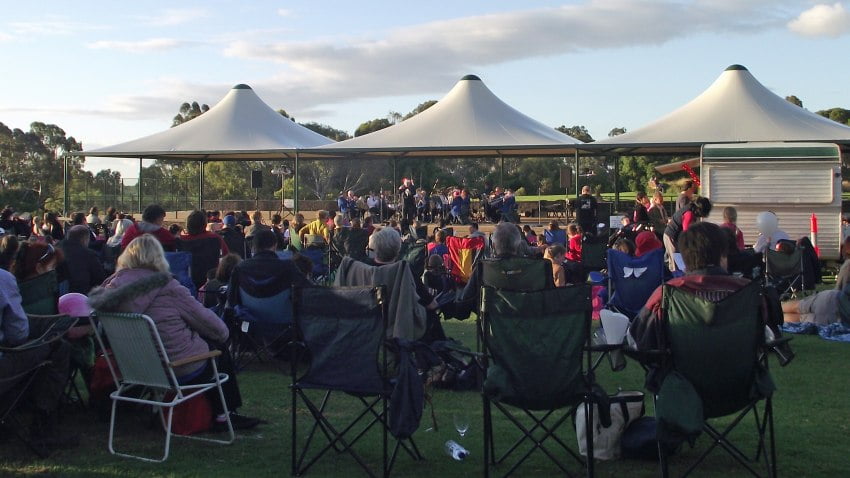 Campbelltown City Band took the lead in the inaugural Christmas Pageant along the streets of Campbelltown on Sunday 12th December. This was the first time the Campbelltown community had come together for a pageant and it was not a disappointment. It was estimated that over 2000 people lined Stradbroke Road to watch their friends and family walk the kilometre to Thorndon Park. The band played a stirring Christmas selection on the march and had people cheering.

Following the pageant a large number of people collected on the lawns of the Thorndon Park Reserve to participate in the annual Carol night compered by the lively MC, Richard Berry. On this night Campbelltown City Band was under the direction of Deputy MD, Chris Brockhouse who led the band and managed the music with great confidence.

Thanks goes to Campbelltown Mayor, Simon Brewer for making these photos available.