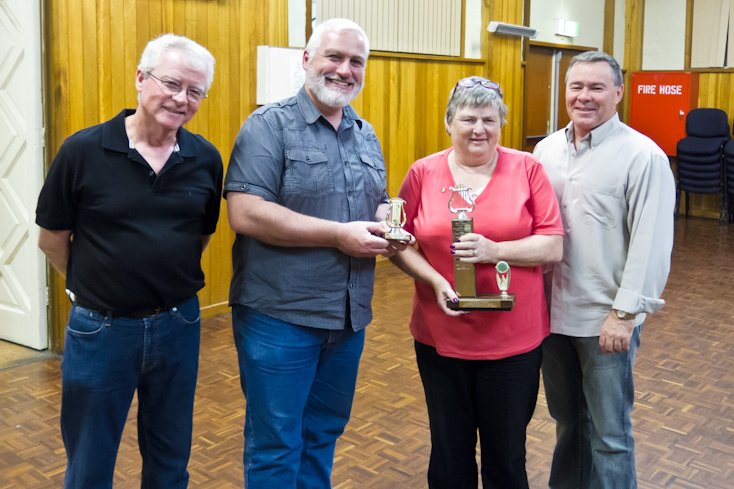 The annual Mayoral Trophy for the most outstanding bandsperson for 2011 was awarded by the Mayor of Campbelltown, Mr Simon Brewer, to Meri Maunder at the final rehearsal for 2011 on Wednesday 14th December 2011. In announcing the award recipient Musical Director Al Kidney paid tribute to Meri’s unstinting devotion to the band both as Treasurer and as a player. Even breaking both arms had not stopped Meri returning to the band at the first opportunity with one sling for an arm and another sling to support the baritone so she could still wiggle her fingers in the right places. Mayor Simon Brewer also paid tribute to Meri’s tenacity and praised all the band members for the friendly welcoming environment created in the band. And the music was pretty good too!