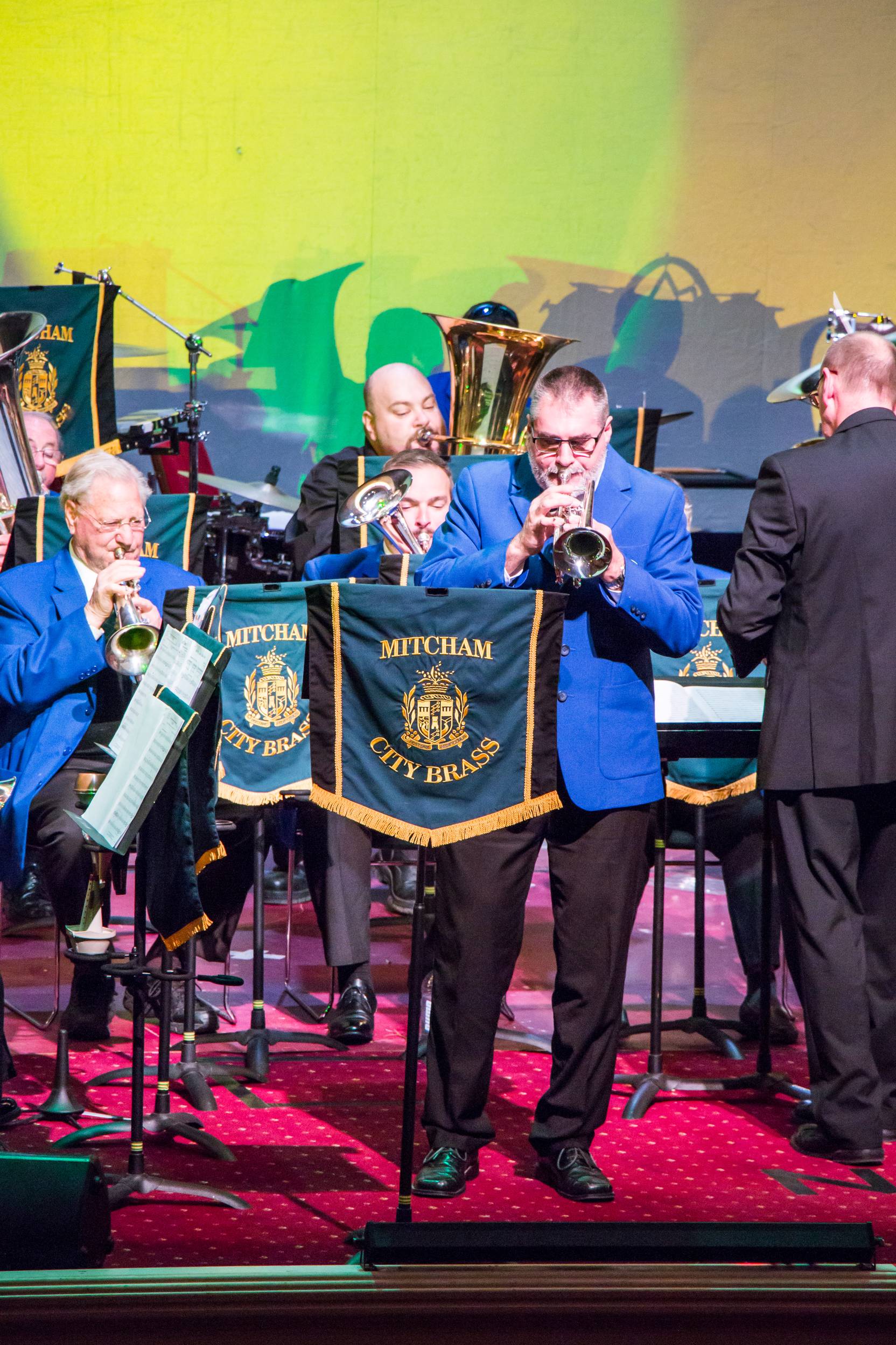 By Campbelltown City BandJune 27, 2017No Comments

Well, it’s all done and dusted!  Mitcham City Band’s inaugural Band Festival for 2017 was an excellent and most enjoyable success.  The streets surrounding the Vogue Theatre at Kingswood were packed with cars and an exciting atmosphere was surrounding the now local-church-owned building.

Arriving at midday, our band was 5th on stage out of 14 ensembles.  Bands ranging from the Salisbury City Band through to the Burnside Youth Concert Band were given 40/45 minutes to provide an entertaining performance to the audience of friends, family and visitors.  The only prerequisites were to provide a sacred item to showcase the ensemble playing and a march – a standard fare to get the audience’s feet tapping!

Upon arriving in the warm up room, we were greeted warmly by the host M.D Steven Packer from Mitcham City Band, who provided an overview of the theatre acoustics and how our time slot would work.

We started the afternoon session with the crowd favourite ‘The Great Escape‘, closely followed by ‘Hawaii Five-O‘ with a cliche’d – albeit classic – statement of “Book ’em Danno” kicking off the piece.

The well known ‘Vicar of Dibley‘ theme – also known in some circles as ‘The Lord is my Shepherd‘ but more commonly referred to as ‘The hymn from that TV show‘ – showcased our ability to play with a contrasting style to the opening numbers.

With the sound of war drums in our ears – or as our percussion section apparently calls them, “drums” – ‘Lord of the Rings‘ was a great success with equal parts grandiose, sweeping excitement and fun, evocative solos.

Following this excitement, a lovely tenor horn and flugel duet started us off in ‘One Moment in Time‘ with the acoustics of the theatre doing it justice.

The ol’ Michael Bublé favourite ‘Sway‘ was next, starring our newest member Wayne who provided a beautifully rhythmic and wonderful solo.  ‘See You Later Alligator‘ then rounded off our set for the day – a very enjoyable and successful performance for all!

Thanks to the helpers, assistants, kitchen hands, sponsors and basically everyone from Mitcham City Band that put in the hours to make the day such a roaring success – here’s to another annual festival generating more publicity for the brass band movement in SA!

Photos courtesy Robbie ‘The Roadie’ Cowley who is always willing to lend a hand when we can’t be in two places at once!