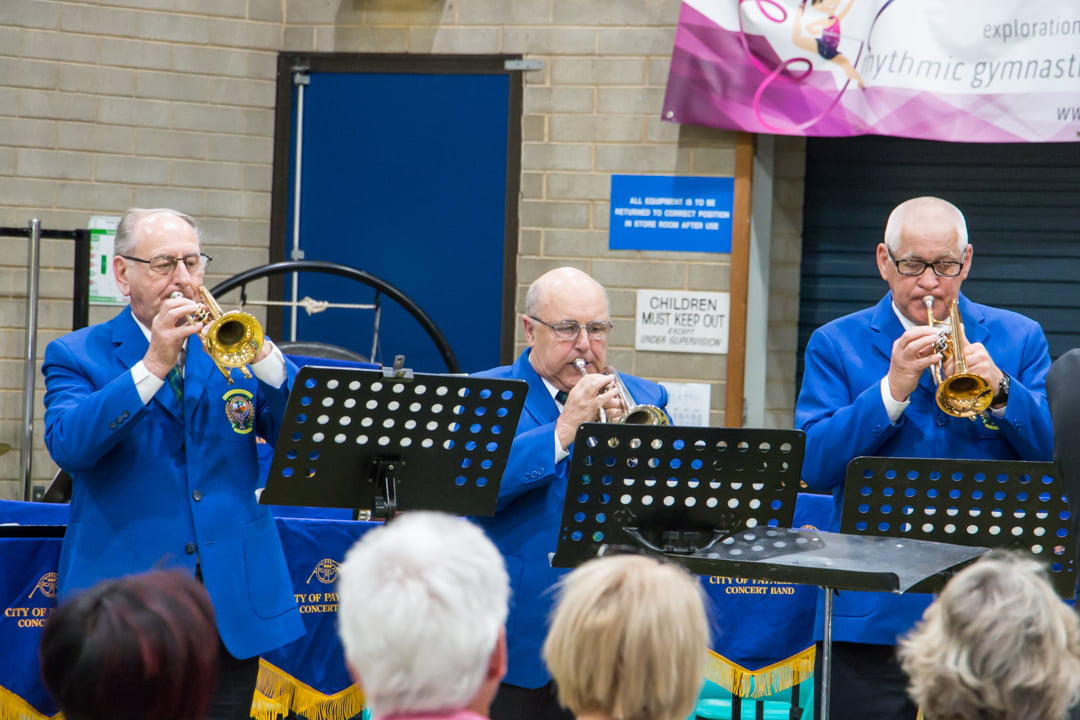 By Campbelltown City BandOctober 28, 2017No Comments

On Sunday afternoon, The Campbelltown City Band and Payneham Concert Band – conducted by Bob Hower – combined together presenting a concert to an auditorium of loyal followers of each band.

Both bands combined on stage to open the concert, playing the ever popular march, Aces High.  It was a delight to hear the different instrumentation coming through the brass sounds that we’re so used to!  Payneham then left the stage, leaving us to commence our bracket.

Starting with a brilliantly fast Amparito Roca, we then moved on to one of our featured players of the afternoon, Adam Little on Flugelhorn with What a Wonderful World.  A beautiful rendition of this classic tune!  The hauntingly famous opening bars of Jurassic Park then rang out across the venue, written by the famous movie music composer John Williams.  Our next number featured Bob Bastin, Colin Smith, and Ian Barton playing the cornet trio The Veterans which was very well received by the audience.  Other numbers we played included the theme from The Twilight Saga, New York New York, Ave Verum Corpus, finishing with the rousing number And All That Jazz.

Our hosts, the Payneham City Concert Band then took our place on stage, playing crowd favourites such as Scarborough Fair and Doctor Who: Through Time and Space.  A fantastic rendition of Nimrod had the entire room entranced whilst listening to this classic tune, with not a sound to be heard from the audience.  Other pieces played included Jacob de Haan’s Yellow Mountains, more of John William’s classic movie music in Symphonic Marches, Andrew Lloyd-Webber’s Music of the Night, Beatles: Echoes of an Era, and Mas Que Nada.

With resounding applause, both bands then combined under the baton’s of Peter Smith (CCB) and Bob Hower (PCCB) for The Dam Busters March, and a piece that many a band member has played over the years, Hootenanny!

Thank you to the Payneham City Concert Band for hosting this joint concert – it was a lovely afternoon for all!