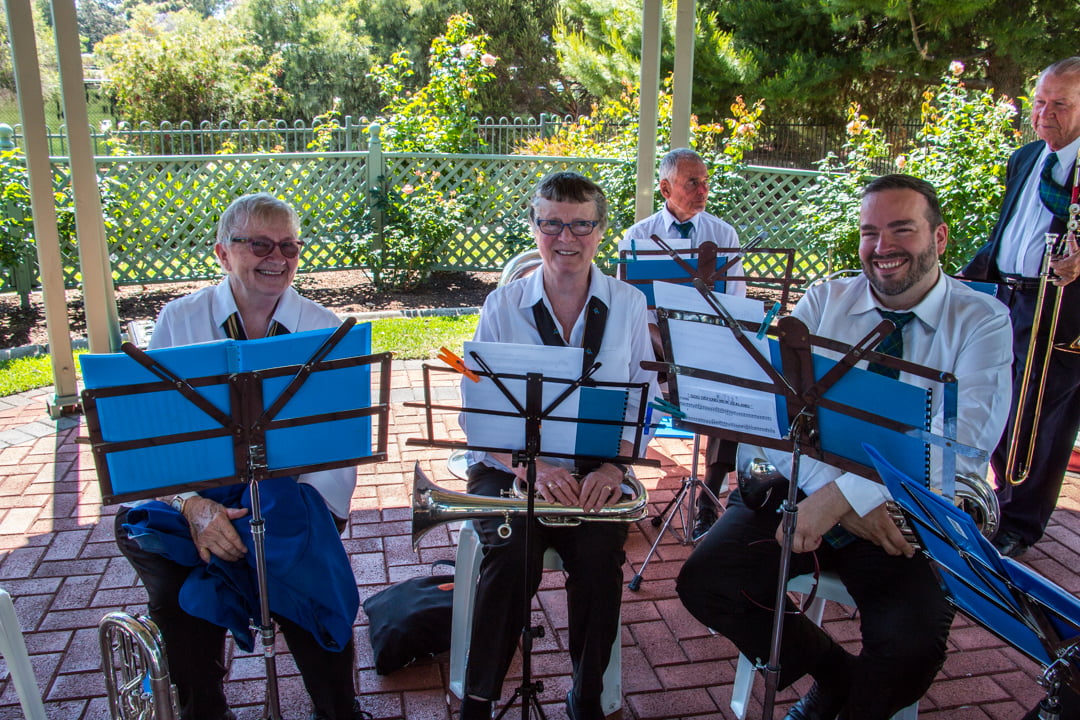 This year, Remembrance Day fell on a Sunday morning which unfortunately meant some players couldn’t attend due to other engagements. Regardless, what players could attend were very much appreciated by the audience.

We have traditionally assisted the Payneham RSL at ANZAC and Remembrance Day events and it is great to see this cooperation continuing. The Magill RSL, in the Campbelltown Council Area, is assisted by K&N Brass as that band evolved from the Magill Silver Band.

It’s always a genuine honour to attend the Payneham Remembrance Day ceremony and this year was no exception. The surrounds at the Cross of Sacrifice have always been beautiful but especially so in this weather.

Fortunate to have the Rotunda available to play under out of the sun, we started off with a few hymns prior to the service, then moved on to the traditional ones during it. For the last few years, we’ve also played – albeit rather subdued – a few during the laying of the wreaths at the Cross of Sacrifice. The minister in association with the Payneham RSL Sub-Branch have run this ceremony for many years now, and the crowd always seems to get more numerous every year.

Over the years, the bugle calls have traditionally been played by Tracy Venning from the Payneham City Concert Band and K&N Brass and we – as well as the audience – are very thankful for her assistance.

Photos by Robbie the Roadie who was playing so couldn’t get photos during the actual service.