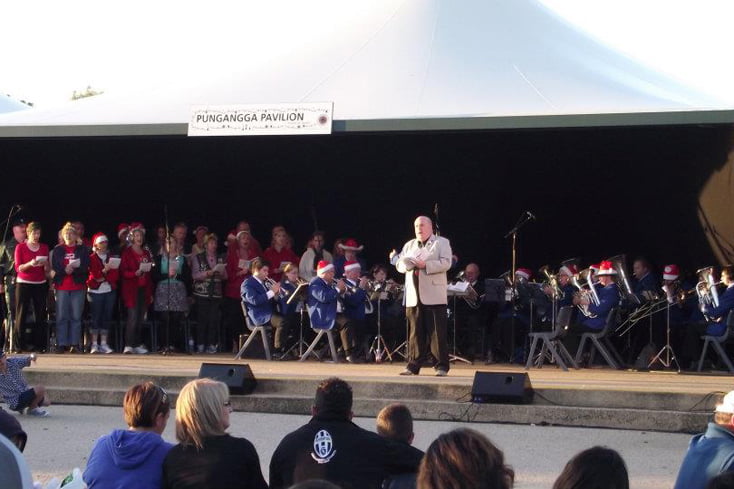 The weather forecast had been threatening rain for the 2011 Campbelltown Christmas pageant but this was one time when we were glad things didn’t go to plan. The weather was ideal for a pageant, not too hot and with a little breeze to cool us down.

This is only the second time the Campbelltown Christmas Pageant has been held and it is really starting to become a significant event in the local community.

Campbelltown City Band was proud to be leading the pageant and pleased to not be marching behind a diesel truck as has happened in some pageants. I hope Campbelltown pageant stays as a local pageant, low key and made up of local community organisations and people. It’s the people and the kids and the groups from the community that make this pageant something special. Mega budgets and mega floats are great in some places but Campbelltown seems to be a nice way of the local community celebrating Christmas together without too much stress. (Well apart from the organisers of course!) And the best part is that Father Christmas arrives in a “vintage” motor car not a grand sleigh. Rudolph was retired for the night. 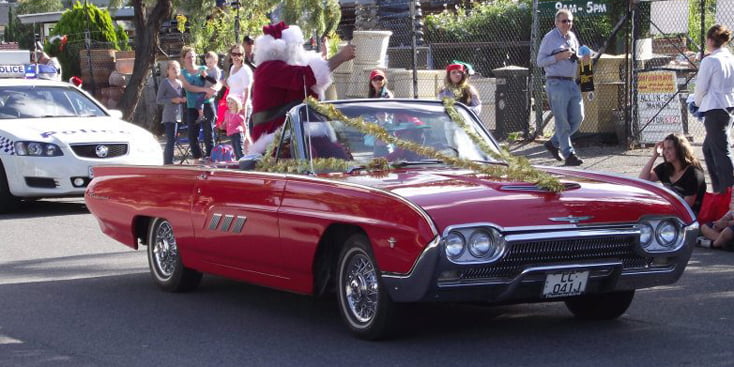 The annual Carols in the Park at Thorndon Park has been held for around 20 years so is a well established community event. This year, as in the previous year, a large crowd estimated at 500 stayed after the pageant and enjoyed the wonderful environment of Thorndon Park and the wonderful music of the Campbelltown City Band led by emergency volunteer conductor Brian Gill, and Athelstone Uniting Church choir.

No world famous singer to entertain the crowds as at some other carols events but just local community singing. The MC, Richard Berry certainly got people participating in activities to the amusement of the crowd and possibly embarrassment of a few. And of course the arrival of Father Christmas to hand out lollies to the hundreds of children was the noisiest part of the night. Lollies? Well I suppose a healthy stick of celery wouldn’t go down too well.

The pavilion in the park was a most useful asset for this event and the curtains nicely protected the band and the choir from the cold gully breezes which blew up during the evening.

Thanks to Campbelltown City Council and the Athelstone Lions Club for a great evening.