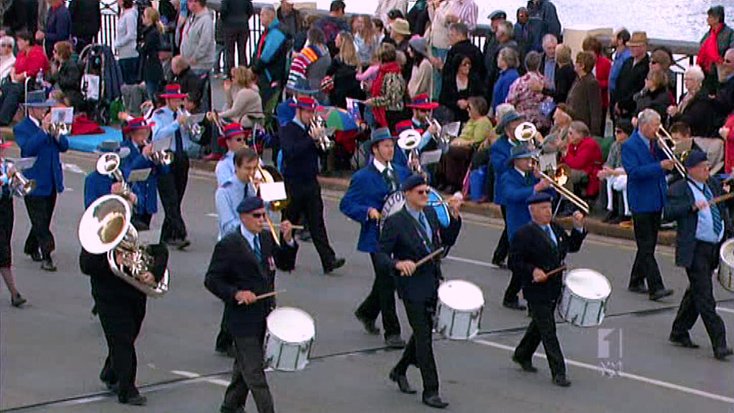 Following a breakfast provided by the RSL, those band members able to march joined with colleagues from Para Hills Brass Band for the annual street parade in Adelaide. It seems that each year there are fewer band members able to march, carry and play instruments and breathe at the same time. Para Hills also provided the Drum Major at the last minute due to a family bereavement changing the plans of Campbelltown’s usual DM, Peter Dunlop.

The front line of members of the 10/27 Battalion Veteran Drum Corp provided a very solid percussion foundation which could be heard from quite a distance.

Photos of the march were taken off the TV broadcast.