By Campbelltown City BandAugust 6, 2017No Comments

Our annual concert this year was based around music from the silver screen!

We knew we were off to a good start as players started arriving to the Campbelltown Function Centre dressed as pirates, prisoners, James Bond(s), scarecrows and even a guest appearance from the Wicked Witch on percussion!  A few audience members even got in on the act too, with one lady dressing up as Elsa from the Disney favourite, ‘Frozen’.

The band – under the direction of Pirate Pete Smith and expertly compèred by his wife Sue – started the afternoon with ‘The Great Escape‘.  The applause from the approximately 90 members of the audience clearly indicated that we were all in for a great afternoon – band and audience alike!

‘Over the Rainbow‘ played by Ferris Bueller – a.k.a Jordan Cirocco Belperio – was played beautifully and was well received by the audience with some remarking on his strong soprano cornet tone.

‘Monsters Inc.‘ and ‘Pirates of the Caribbean‘ closed the end of the first half with most band members and the audience salivating at the delicious spread of home made scones, meringues and sandwiches being delivered by the ever faithful and hardworking supporters of the band! 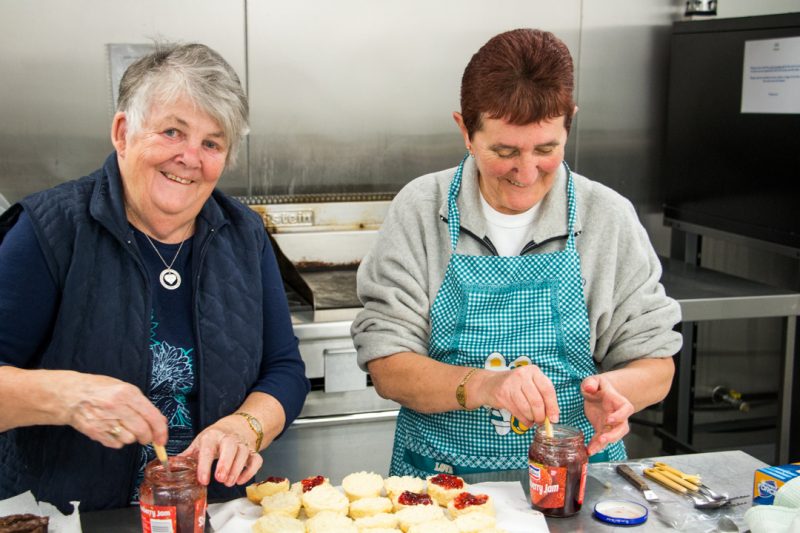 The band – whom were all now absolutely stuffed with food and drink (you’d think we’d learn, but NO!) – started off the second half of the concert with ‘Hawaii Five-O‘, followed by a beautiful rendition of the famous ‘Summertime‘ from Porgy and Bess played by The Pirate King himself (Chris Brockhouse).

Audience members were stirred – not shaken – by ‘Goldfinger‘, recognising the classic theme as soon as the first chord resonated through the Function Centre.

Our very own Pirate Pete played the classic ‘Autumn Leaves‘ on Flugel accompanied by Greg Doman on Piano with the audience entranced by the superb duet from start to finish.

Among other pieces, the love song from ‘Shrek‘, ‘And All That Jazz‘, and ‘Breezin’ Down Broadway‘ were real crowd pleasers!

Another very successful concert was rounded off with ‘Aces High‘, finishing to wondrous applause from the crowd.  With many smiles and much laughter all around the audience’s shouts of ‘encore’ rang throughout the Function Centre.  We couldn’t disappoint – ‘Jailhouse Rock‘ was promptly played with the band letting the last note ring throughout the hall.

Thanks to our M.D Peter Smith for his countless hours put in out the front and behind the scenes to guide us through to a very successful concert.  We also can’t forget the helpers, organisers – and bakers – who made this concert one to remember.