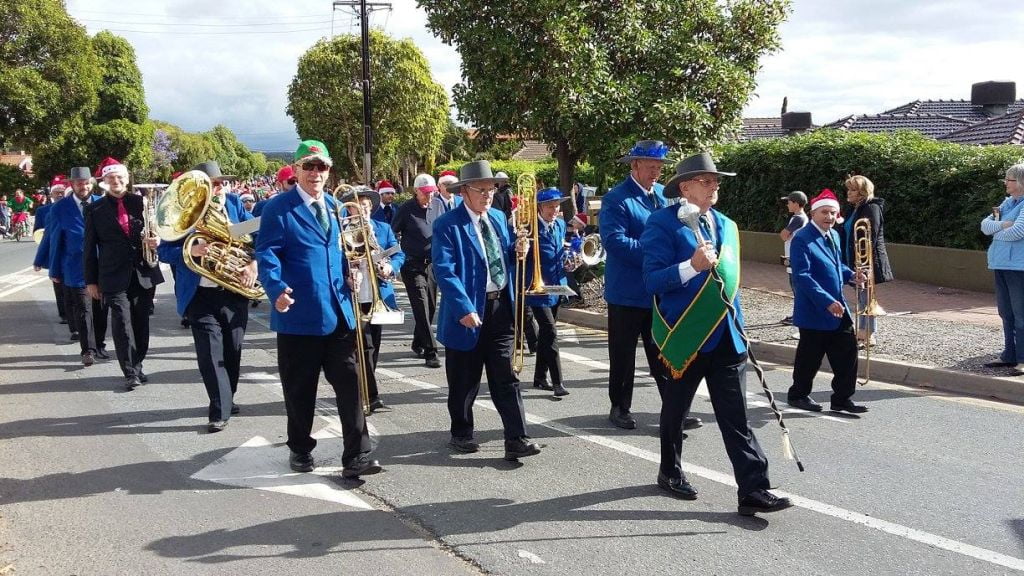 Carols in the Park & Christmas Pageant 2017

For the last few years, we’ve been been leading the Campbelltown Christmas Pageant down Stradbroke road towards Thordon Park.

This year was no exception as we waited for the 5pm-ish bus to drive past before the roads were blocked off and the march kicked off.

We’re always a fan of the Campbelltown Parade – somewhat because it’s 1km of straight road to march – but also because of the great community spirit shown throughout the afternoon and evening.  Finishing off at Thorndon Park, most band members wandered around the food and drink stalls looking for a cold beverage and hot food.

Once the food settled – actually, lets face it, mostly settled, as the food servings are quite generous – the evening’s Carols in the Park started.  Even though we’ve been supporting the Council’s carols for the last 30+ years I’m still surprised at how cold the wind can be coming off the lake!

One pleasant surprise this year was only playing Jingle Bells 56 times instead of the usual 437 whilst the kids mob Santa for lollies!  OK, I might be exaggerating that a tad – I think it was only twice! – however the excitement in the air from the kids once Jingle Bells starts up is palpable, and is very much loved throughout the band.