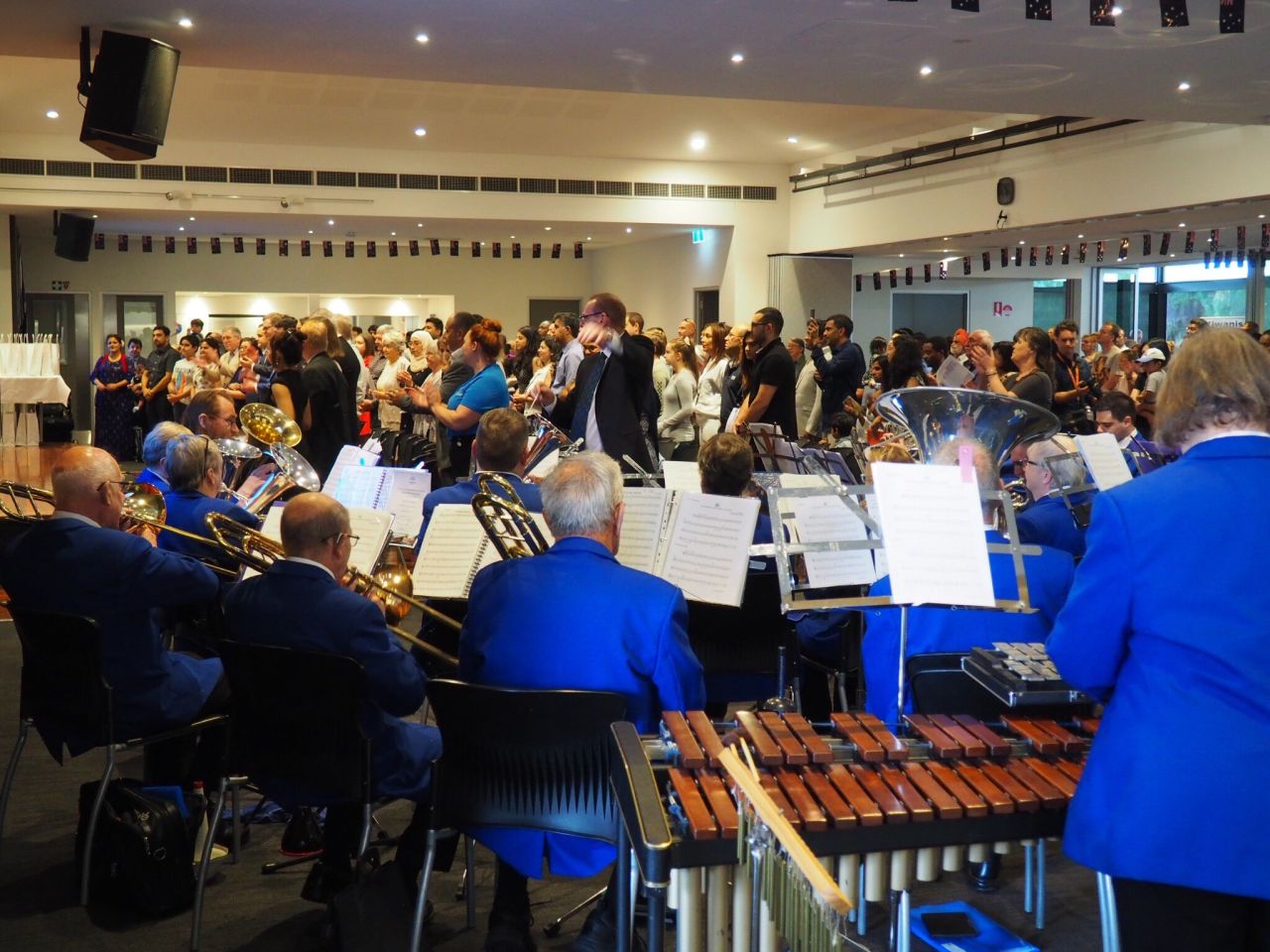 As ever, we are proud to be invited to be part of the Australia Day ceremony and awards.  This year was again a lovely ceremony, starting early on Saturday morning to avoid the heat!

We kicked off our set with classics such as On the Quarter Deck, Land of Hope and Glory, Pack Up (your troubles), American Patrol, Gundagi and a rousing rendition of I Still Call Australia Home.  Based on the volume of cheers and audience claps, Waltzing Matilda was definitely the highlight of the morning. although I do wonder if the newly welcomed Australian citizens understood the lyrical slang!

After the citizenship ceremony, the local Australia Day awards were presented.  Filling in the time between ceremonies while snags and coffee were served outside – and the smell wafting enticingly inside – we played a selection of music including Crazy Little Thing Called Love, A Hard Day’s Night and Gundagi Groove.  We of course finished off our set with Advance Australia Fair which then led into the awards.