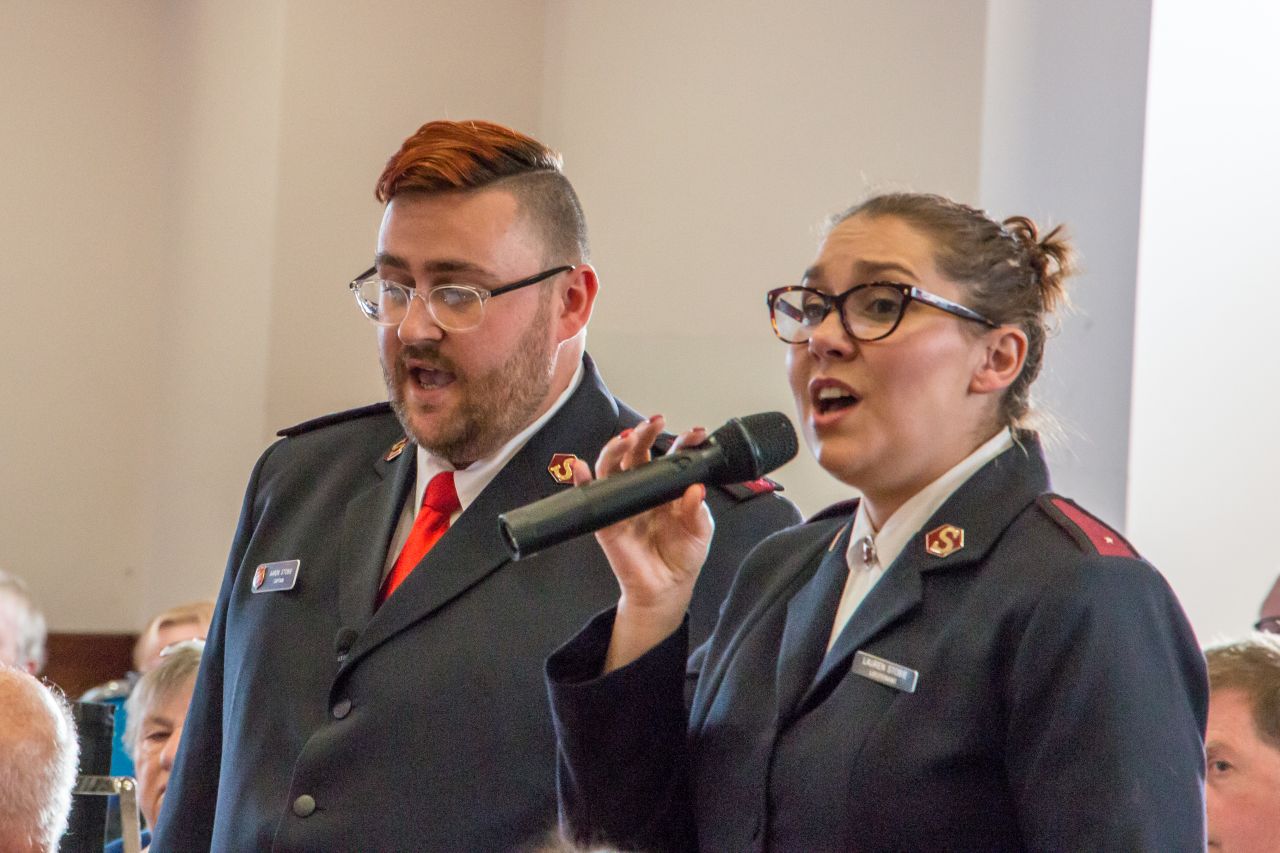 W.C. Field once said, “Never work with children or animals”. Well, there were no animals present as far as I know, but providing the support act for Arndale Just Brass in our recent Red Shield Appeal concert was truly inspirational.

You may have seen Just Brass in the recent ABC series Don’t Stop the Music where stars such as Guy Sebastian and James Morrison showed that music has the power to turn schools around and build children’s confidence and self esteem – as well as improving academic performance.

The Salvos provide free weekly individual and group music tuition to disadvantaged students, as well as bussing them to ensemble rehearsals on a weekly basis. More instruments are urgently required, so if you have a trombone, cornet or any other brass instrument gathering dust in the shed, please dig it out and donate it. A cash donation would also be greatly appreciated.

Here’s a link to the web site: https://www.salvationarmy.org.au/justbrass/

Some of the kids at the Red Shield concert had only been playing for seven weeks, but King Henry VIII would have been wowed by their performance of his Pastime With Good Company and we loved playing along with them in Muffin’s Rhapsody and Classics in Brass.

Lauren and Aaron Stobie contributed solo numbers and duets, including a combined performance with the band of Bruce Raymond’s arrangement of Be Strong and Take Courage. They can have a job as band vocalists any time they like.

And finally… C.C.B. rocked along with numbers like Bad, Bad Leroy Brown, Everybody Needs Somebody, Reet Petite, Singing in the Rain and Air Force One then injected a more thoughtful mood with an unusual version of Ave Maria, Autumn Leaves and the ever popular Blue Moon and Singing in the Rain.

Many thanks to the volunteers, who organised the scones and cream in the interval and to David Blakey, who helped out on bass trombone. Congratulations to Liu on his first concert with the band as kit player. Sino-Australian relationships have never been better.