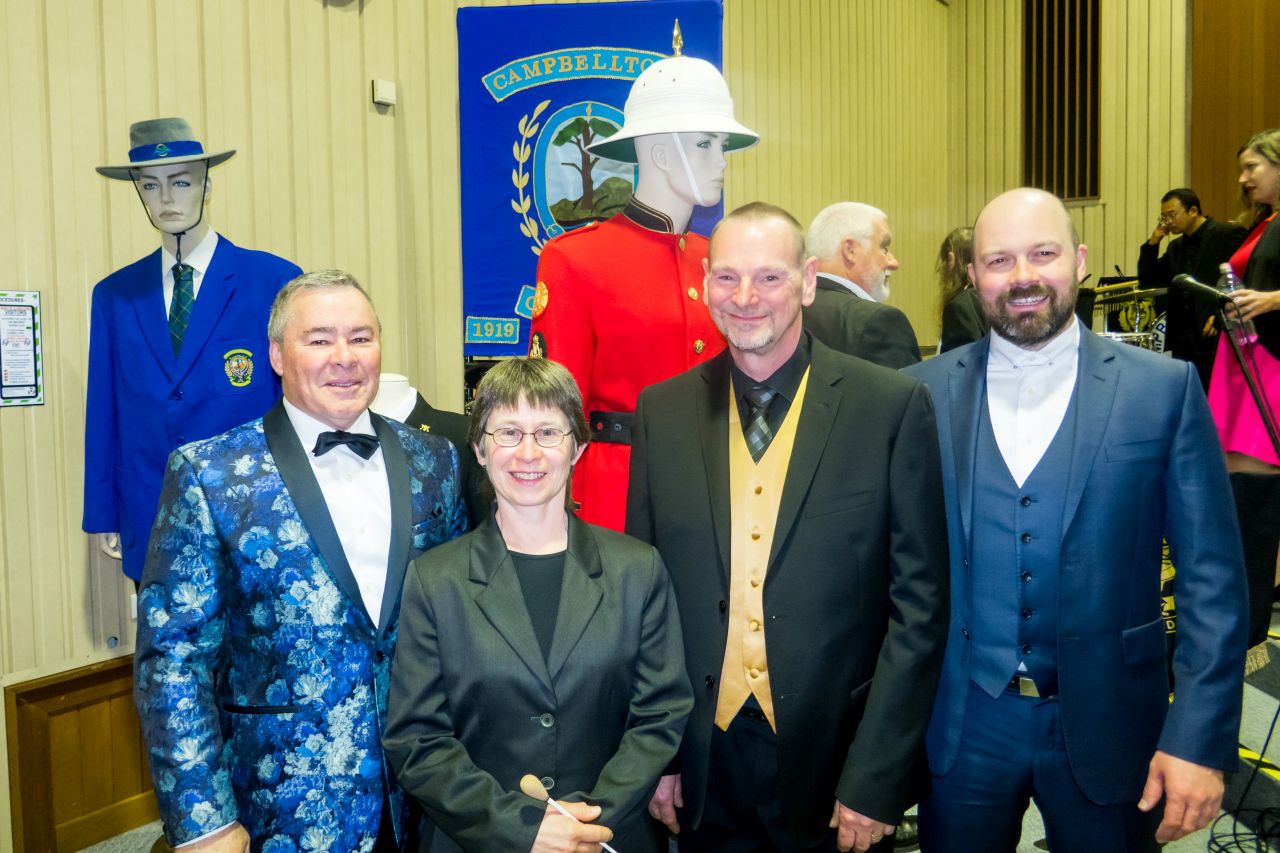 Unfortunately centenaries only happen once in a hundred years, but at least no one can say we didn’t make the most of the occasion. The current band with MD Peter Smith had rehearsed for several weeks prior to the main event, but celebrations really started with a rehearsal on Saturday 28th September.

Past members were invited to join us in the second half, as former Musical Directors conducted pieces from their incumbency – namely Shelly Spencer who had saved the group from extinction in 1982, Rick Keenan, representing his late step father, Des O’Neill (1984-1986), who would have been so proud of his achievements, and the inimitable Al Kidney (2007-2013), who also filled in on soprano cornet at the very last minute.

Dinner at Café Settabello followed with delicious food, great company and a chance to reminisce with old friends.

And then…the main event. So many people turned up to help us celebrate. The band dressed up for the occasion – bow ties and suits for the men, party dresses for the women. We had never looked so glamorous.

Brenton Brockhouse, our official historian, had spent countless hours sifting through the archives, resulting in a slide show accompanying the music and fascinating anecdotes. Three dummies dressed in past uniforms listened approvingly as Sue Smith, Viv Little and the band time-travelled the repertoire from 1901-2001.

Birthday cake, during the interval, a display of memorabilia and a finale of Midway March with 4 conductors fighting over the baton. What a blast!

Thanks to all the helpers, organisers, and soloists and to Brenton for his double CD birthday presents. Here’s to the next 100 years.