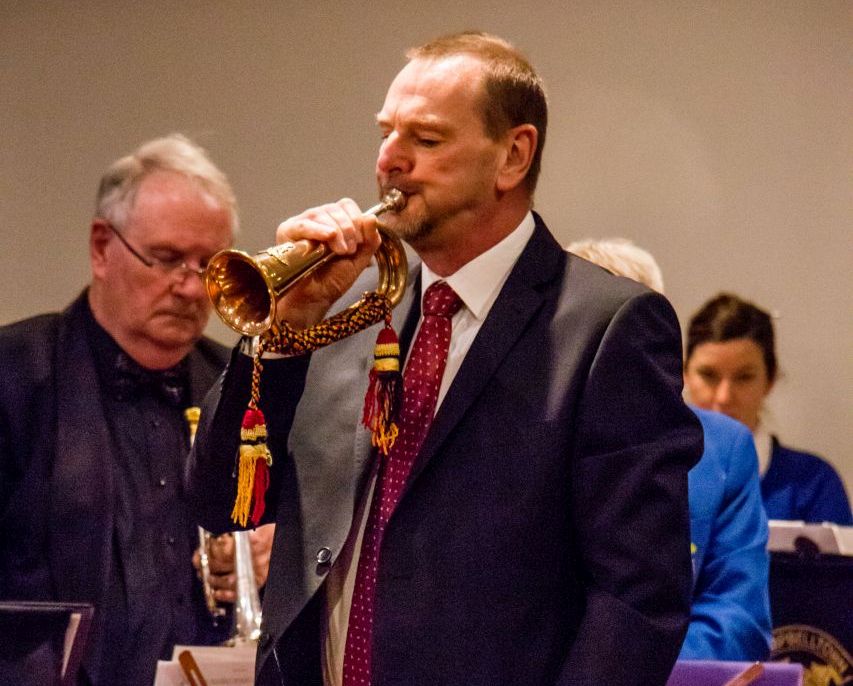 Our third community concert for 2019 was a tribute to the men and women who sacrificed so much to safeguard our freedom and way of life. On a perfect early summer day, surrounded by friends, we reflected on how fortunate we are to be living at peace in an Australia which owes so much to these heroes.

The first half followed a traditional format with Peter Smith, our multi-instrumentalist MD playing the last post, followed by Darren Smedley reading the Ode. John Williams’ Hymn to the Fallen and Band of Brothers Requiem reinforced the meditative atmosphere while March of the Anzacs, Anchors Aweigh and Where Eagles Dare acknowledged the three branches of the armed services.

After a tea break we continued the military theme with a toe-tapping Colonel Bogey and Aces High, the stirring Battle of Britain theme music and the beautiful, but fiendishly difficult to play, theme from Schindler’s List. Hymn and Retreat featured a moving solo by band president Wayne Jackson and was followed by Hine e Hine, in recognition of our fellow ANZACS in New Zealand. The audience’s enthusiastic applause was rewarded with an encore – The Great Escape.

Many thanks to our helpers, Paul Murray, Rod Horskins and David Collinson, to Darren Smedley for setting up his military display and, as always, to Campbelltown Council for their constant support.